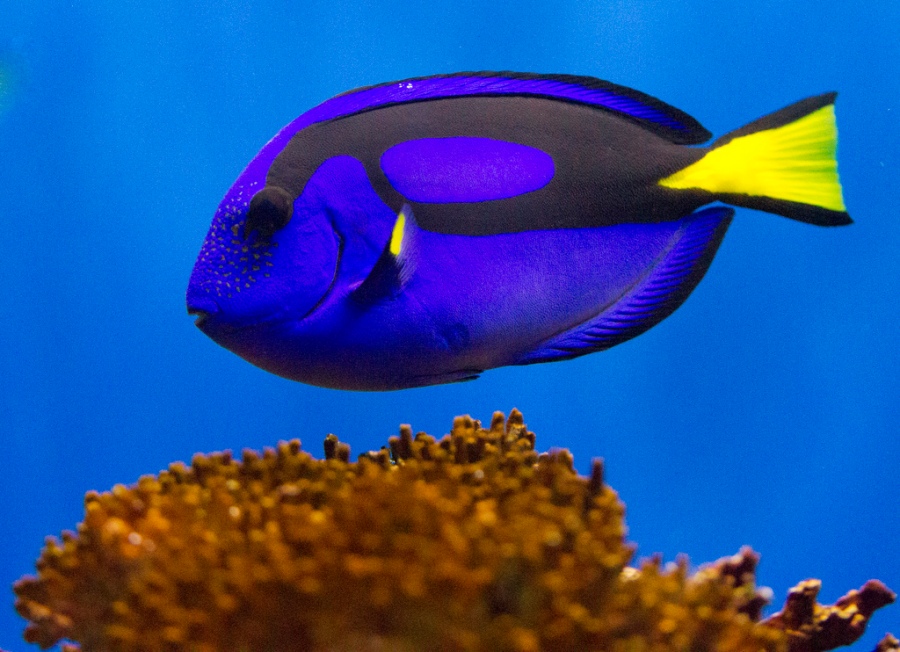 Thanks to Finding Nemo, the clown fish has become a ubiquitous entity. It is easily now the most recognizable fish on the planet. Tragically, the one place you may not see it, is in wild ocean reefs where it once lived. That’s because up to 1 million clownfish are captured in the wild each year and sold to citizens to feed the “Nemo craze” of young children who want to own a fish just like Nemo and Marlin.

The irony of clownfish populations being entirely wiped out in some areas by those who want to own a pet clownfish after watching a movie about a clownfish trying to rescue his son who was taken from the wild to be sold as a pet fish, is not lost on conservationists. It is, however, completely overlooked by the public who are buying the clownfish that are being taken from their natural habitat by the millions.

Now, on the eve of the release of Finding Dory, we conservationists are even more concerned about the fate of the blue tang, which is the species Dory belongs to. She is specifically a regal blue tang. Clownfish populations have now been completely eradicated in certain areas due to over harvesting, and that’s on top of the captive breeding population that is already well established. Blue tang, however, are literally incapable of being bred in captivity, due to the mechanisms of their own reproductive processes.

This means that 100% of the blue tang in captivity were born wild, and subsequently captured.

Though blue tangs have a broad range, spanning the Indo-Pacific, and in the reefs of East Africa, Japan, Samoa, New Caledonia, and the Great Barrier Reef, they are not considered “common” in any specific region. There has already been an influx in blue tangs sold as pets since the release of Finding Nemo, and conservationists worry that that influx will become a bank-run after the release of Finding Dory, despite the hefty price tags of $40.00 (for a fish 1/2”-3/4”) to $100.00 (for a fish 5”-7”). Few people realize that regal blue tangs will grow up to a foot long, and are best off in an aquarium that is a minimum of 6-8 feet long and 180-200 gallons. Additionally, they are a rather fragile fish, prone to disease and issues associated with captivity and thus they are considered an “expert only” fish. These facts often go unnoticed, smoothed over, or ignored altogether.

To make matters worse, blue tangs are often captured via a highly damaging process called “cyanide fishing” wherein divers release cyanide into the waters of a reef, stunning the fish. They then move through th reef collecting the helpless animals. Numerous fish die immediately from this process.

And about 60% of the regal blue tang collected through cyanide fishing will die without warning within several months of capture, often leaving their new owners out a fish, money, and any idea as to how they ended up that way. Many times, this means purchasing another regal blue tang to replace the dead one, which continues the cycle indefinitely. The practice of cyanide fishing also has grossly damaging effects on the coral, and other fish populations, including the accidental poisoning of humans who eat fish that are killed in this manner and then sold without being completely decontaminated. Even without the use of cyanide in the process of capturing blue tangs, and average of 25% will die simply from the stress of being captured and transported.

The entire message behind Finding Nemo was that wild fish should be left in the oceans, free and unbothered by humans. That mantra was literally the basis for the movie. However, the public seemed to identify more with Darla, the film’s terrifyingly callous and uncaring antagonist. Though she had only moments of screen time, Darla remains one of the most memorable “bad guys” of all time. With an estimated 40% increase in sales of clownfish, post-Finding Nemo, though, it seems that the majority of the public was channeling Darla after they left the movie theaters.

Now, we wait with bated breath to see if Dory’s relatives in the real world will suffer the same fate. Clownfish disappeared entirely from some areas, and their population decreased by as much as 75% in other areas. And, again, that is in addition to the steady source of clownfish provided by captive breeding programs already in existence. If the same uptake in the demand for blue tangs occurs, the species might well be facing extinction. We will have “found Dory” in our own homes at the cost of losing her forever in the wild.

Darla wouldn’t care about this post, or the fate of the regal blue tangs, so long as she got her “fishy fishy”.

Don’t be a Darla.

Be a Jane Goodall, instead, and spread the word about how no wild animal should ever be kept as a pet. If you truly love Dory, then leave her in the wild where she belongs. Leave her in the reefs, so that your children, and their children can watch Finding Nemo, and Finding Dory, and then go and find them in the wild, just like they’re presented in those movies.

“I don’t care two hoots about civilization. I want to wander in the wild.” – Jane Goodall.

All of the Dorys currently swimming amongst coral mazes want to wander in the wild, too. So please, let them do so.