I never imagined that the start of our first ICARUS Project journey would find me trapped in an airplane bathroom at a cruising altitude of 35,000 ft. To be fair, I don’t think anyone imagines that in any scenario, but there I was clinging to the sink and praying for the travel gods to take mercy on my weak stomach. In that moment I said to myself, “And so it begins”.

It’s a common problem, creating a viable thesis, students all over the world spend late nights crying over their laptops and wishing for the end of days. Me personally, I just ignored it for as long as possible. No really, I spent the last two years in the field trying to avoid the subject. Luckily, that’s how it found me. I knew, in theory, the difficulty in tackling something as broad as wildlife crime. To expose individuals and organizations that traffic, possess, breed and abuse the wildlife that is imperative to keeping our ecosystem balanced. Not only do they keep our planet in check, but keep its human inhabitants grounded and humble. Our animal cohabitants remind us that we do not in fact own everything around us. When it comes to marking territory, it’s humans that feel the need to piss on every tree.

So how did I get here, in this cramped, putrid plane toilet? How does a grown woman of 36 find herself with a one way ticket out of America, all her belongings packed in her tired old chevy and headed to Costa Rica, and hoping to save some animals. 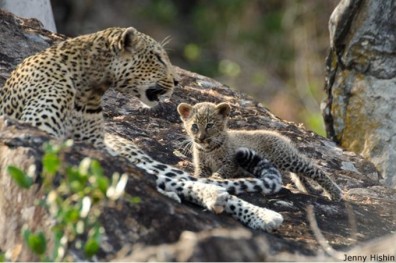 In a nutshell, I’ve got nothing to lose. At the age of thirty I found myself bankrupt and jobless (after losing a job as the manager of a posh horse farm due to a horrific bout of meningitis). I spent two long years shelving videos at Blockbuster (yes, it was THAT long ago) and wondering when my bright future had snuffed out. At some point you put up or shut up, so I emptied my bank account, a whole whopping 500 bucks, rented a Uhaul and headed to NYC to sort it all out.

Long story short, the concrete jungle was not my mecca, but it did lead me to an opportunity through my school to travel abroad to Africa, Namibia to be specific. An opportunity to work with wildlife, specifically big cats, for the first time. Perhaps, Namibia was my mecca and the cheetahs my saviors. There was no turning back after that. I left NY and gave impoverished internship living a shot. From the diversity of the rescues at The Black Beauty Ranch in Texas, to the majesty of the North American wildlife at The Wildlife Center of Virginia and then the ferocity of the Big Cat Rescue residents in balmy Tampa, Florida. I finally found my purpose. Not only did I learn to understand the biology and behavior of the animals that inspired me to live off of peanut butter and toast, but I was exposed to the suffering and neglect that these sentient creatures fell victim to, not only in the countries spotlighted by the media, but also in the pseudo sanctuaries, roadside zoos, canned hunt farms and backyards of America. That’s when I found my purpose. That’s how ICARUS came to be. No matter how idealistic, I believe this project can effectuate great positive change and my ICARUS cohorts share my crazy mission.

Flash forward to the misery of my airplane bathroom captivity. In the fetal position and my head between my knees, I had no idea this was only the beginning of my nearly 24 hour journey into the jungle. When fellow ICARUS member Sarah and friend Becky picked me up at a bustling and slightly overwhelming San Jose airport we couldn’t forsee that we were climbing into a car that would drop its clutch just before the mountain pass, resulting in a 500 dollar garage bill. We would then find ourselves throwing Sarah’s credit card into the pot and doing a hail Mary, in the hopes that we would have just enough to rent a car and get us over the pass on a dark and rainy night. Somehow we managed to get back on the road and three women, a ton of luggage and a failed scat dog named Cody, barreled over what is perhaps the shiftiest mountain road my poor stomach has ever encountered. Despite any emotional, mechanical or financial obstacles we arrived at our destination alive and well, thankfully!

So, here we are, in Puerto Viejo. We are currently living in a house (The Love Shack) with a leaking gas cooker, fans that probably started the Ebola epidemic and floors that are slowly becoming holes beneath our feet. This is apparently what happens when you embark on an epic journey with absolutely nothing in your bank account! Within my first 72 hours in Puerto Viejo I found myself advocating against turtle poaching, the sale of endangered animal meat and … wait, cock fighting…really? All of which is apparently occurring right here now. Sadly, this was just with the American residents. I even found myself trapped in a supermarket queue while a preening, peacock of a man preached to a local woman that she needed to look past Donald Trump’s inane racist comments to find the true value he has as a presidential candidate. I momentarily questioned if I was indeed in Costa Rica or perhaps trapped in the Twilight Zone. This was right before I evaluated how much time I would spend in a Central American prison if I stapled this man’s mouth shut. I decided not to risk it. 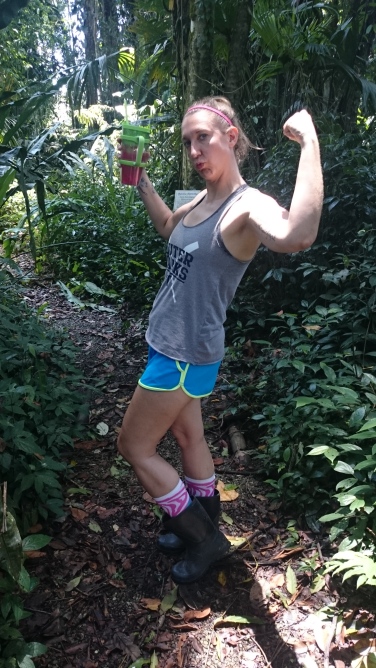 So, here it begins. We hope that you will join us as ICARUS embarks on a journey to pool together the greatest minds in animal welfare, to create resources that we can all draw from no matter our race, religion or creed. To gather the good and expose and bring an end to the corrupt. To use global unity to begin to repair global wildlife issues. Human Beings are the root cause of wildlife devastation, but we are also capable of its salvation.